Part one of this saga detailed the making of Vladimir Gluten, a collaboration between Melvin Brewing and Toppling Goliath Brewing that produced a massive barrel-aged Russian Imperial Stout with cacao nibs and vanilla.  Now the story takes an even sweeter twist.  After finishing the beer called Vladimir and basking in its glory, Melvin founder Jeremy Tofte decided to take the collaboration one step further, and he called up legendary friend and chocolatier Pete Slosberg of Pete’s Wicked Ale fame.  Pete would take the cacao nibs used in the brew and repurpose them into fine chocolate bars, possibly the rarest of them all…

“My buddy in Jackson was the second or third employee at Pete’s Wicked Ale back in the ‘90s,” says Tofte.  “He would always come into Thai Me Up and order the secret beers that weren’t on the menu.  Those were the homebrews I was making in the back.  I had been trying to start Melvin Brewing with several different investor groups since 2004, so he introduced me to Pete to pick his brain for advice.  Pete and I still seem to meet up for beers once or twice a year.  He’s a fascinating man, and he’s so chill it is inspiring.  Now that he’s diversified his bonds so to speak, I pick his brain about beer and cacao.” 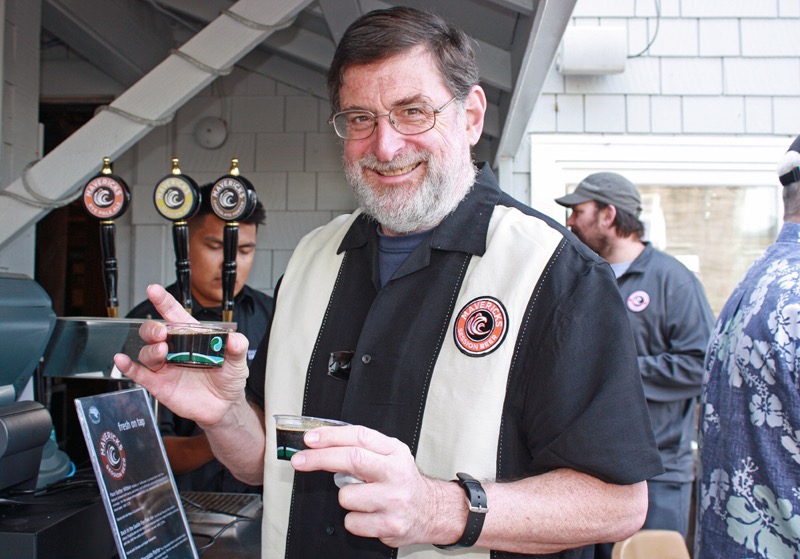 “After meeting my commitment with Gambrinus, the company that acquired Pete’s Brewing, I finally had some free time on my hands,” says Slosberg.  “My friend Pierre Celis, the founder of Hoegaarden, had been bugging me to visit Belgium for years, but I was always too busy up until then.  I finally took him up on the offer and he gave me a great tour of the country.  It was amazing to me that there was a chocolate store in every city, town or village, and the quality of the chocolate was spectacular.  It got me wondering why the European chocolate was so much better than the crap we had in the U.S., so I started doing some research.  Turns out the main reason is government regulation.  The minimum cacao percentage for chocolate in the EU is 35%, versus only 15% in America.  It immediately reminded me of why I don’t drink commercial beer in the U.S.: I didn’t like the flavor.  The big breweries here use rice and corn as adjuncts, and it wasn’t until I homebrewed using 100% malted barley that I actually liked beer.  In the world of chocolate, sugar is the adjunct.  The more cacao, the better the flavor.  I looked around San Francisco and found some tiny craft chocolate start-ups, and I saw this market segment as a great opportunity, like getting into craft beer in 1986.  So I started my first chocolate company in 2001.”

“Shortly after starting the chocolate company, I got a call from a local brewer friend asking how to make chocolate beer.  I asked what he had experimented with so far, and he had added Hershey bars to the boil.  That immediately set off alarms.  Hershey milk chocolate uses only 10% cacao and dry soured milk.  You aren’t going to get good chocolate flavor out of that.  I said, if you want to make great chocolate beer, you might as well use 100% cacao.  The next experiment was with 100% cacao powder in the boil, but it turns out a lot of chocolate character is aroma, and the boil drives off aroma, so that led us to the cold side of the brewery.  The powder also got suspended in the liquid, so we tried cacao nibs in the fermenter and got better results.  Oil delivers even more flavor, and heating the nibs would get the oils inside rising to the surface of the nib.  Also, many fine chocolates add vanilla; not enough to smell the vanilla, but enough to enhance the chocolate flavor.”

“After aging our Vladimir Gluten Imperial Stout in bourbon barrels for one year, the Toppling Goliath and Melvin crews decided adding cacao nibs and vanilla would bring out even more rich, roasty flavors in the beer, and I knew Pete Slosberg was the master that I should get advice from,” says Tofte.  “So I called him up and got his recommendations on toasting and adding the nibs, then after we pulled them out of the beer, we gave him the used nibs and he worked his magic.”

“To make chocolate, the nibs have to be dried, so I put them in the oven at a low temperature for a long time to dry them out but not over-roast them since they had more roasty flavor from the imperial stout already,” says Slosberg.  “In the case of these particular nibs, it turned out they still had some yeast on the surface.  I should have washed the yeast off first as it adds a bitter flavor, but I used the chef’s secret of adding a touch of salt to lower the bitterness level.” 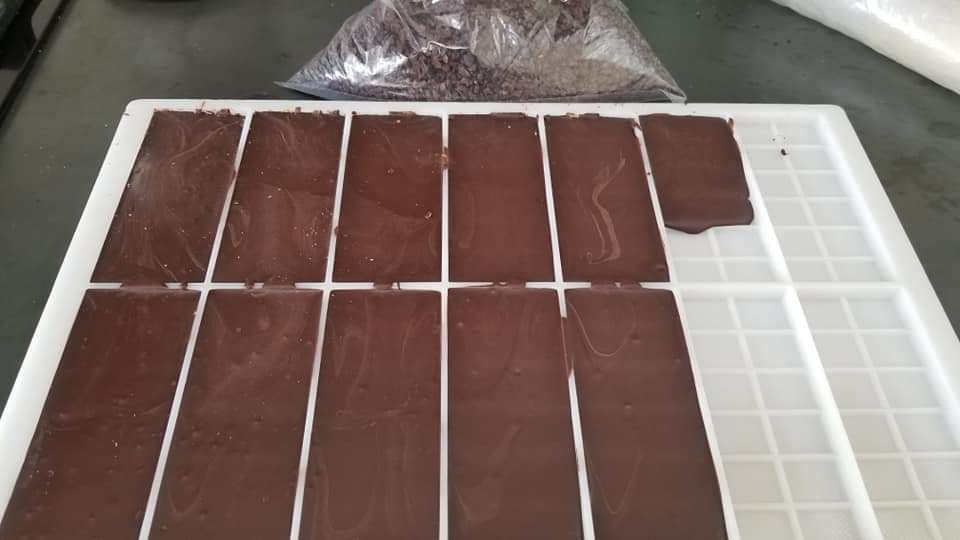 “He sent me some of the chocolates and they are delicious,” says Tofte.  “I want to add one Pete’s Golden Ticket to a few of the Vlad cans that we sell online, and the lucky winners will receive an official chocolate bar.”

Stay tuned to Melvin’s social channels for more details on an upcoming Zoom video Q&A about the Vladimir Gluten collaboration, and you just might be one of the lucky ones that gets to pair the beer with some craft chocolate made from the used nibs by the one and only Pete Slosberg.  This is collaboration at its finest, and you are now invited to join the collusion.

Sign up for all Melvin Brewing stories and news by visiting this link: www.melvinbrewing.com/signup

Previous StoryVladimir Gluten: a Colossal Collaboration Part 1
Next StoryQ&A w/ RUMTUM: “Why Should I Ever Have a Normal Job?”