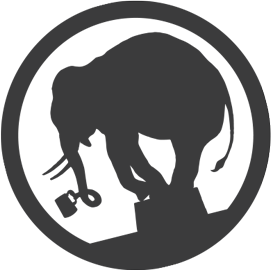 Back in da Haze Hazy ipa

Our newest Hazy IPA, coming to you nationwide. Prepare for the haze, hop & lock it.

Welcome to Melvin Brewing! This is the beginning of your wonderful new, Kung Fu friendship between our brew family and all beer lovers alike. Talk of Melvin began on the West coast — but the heart of Melvin started beating in the small town of Jackson Hole, Wyoming. With big ideas and even bigger barrels of hops, Melvin now takes off in the hands of Owner, Jeremy Tofte, and head Production Brewer, Ian Fuller. We started in the back of a Thai restaurant on a 20 gallon system in 2010 and upgraded to a 100-gallon system in 2011. Now we brew on a 30 barrel system with big shiny tanks and centrifuges and things. Fancy that. The state of Wyoming wanted to export some high-quality goods to the outside world, so they gave us a $3 million dollar grant to build a Production Facility. We landed in the quaint mountain hamlet of Alpine (pop. 700), 30 miles south of the Hollywood of Wyoming. From the new brewery, we sent our first kegs out to the West Coast in January 2016 and cans came out on April Fools Day 2016. We put a metric shit ton of hops in our beers and ferment and dry hop them longer than most. Did we mention we started with a full lab to check consistency and quality on an hourly basis? Who does that? Would you look at that? Sometimes you just gotta look at it.