2x4 Double IPA is the great granddaddy of all things Melvin; the beer that literally put us on the map and started this crazy journey. Winner of the gold medal at GABF 2012, Alpha King competition in 2012 & 2013, and gold medal at the World Beer Cup in 2014, by 2016 we decided it was about damn time to create an official day celebrating this almighty ale and bringing the Melvin Madness to people around the world. This February 8th will be the fifth annual 2x4 Day, and the party has made its way around the country as well as Europe, Asia and Australia, bringing Kung Fu and hip-hop wherever it goes. 2x4 Day is also officially endorsed by WWE Hall of Famer Hacksaw Jim Duggan, because we needed some extra muscle to help us fight against Big Beer. We figured we should share with you why this extraordinary double IPA (or quadruple pale ale) is so near and dear to our hearts, some origin stories, and some 2x4-fueled memories straight from the mind of Melvin founder Jeremy Tofte.

JT: When we were first brewing the beer at Thai Me Up, the bartenders would have a few after work. One of our bartenders, Elliot Alston, was one of the founders of the Don’t Hate, Party movement in Jackson (and they were kind enough to let us use that motto). He came in with a raging headache one morning and said “man I feel like I got hit with a 2x4 last night.” That became the name of the beer from that day forward. We also entered it as a quadruple pale ale on Beer Advocate as a nerdy beer joke. Somehow that has a 2x4 connotation. 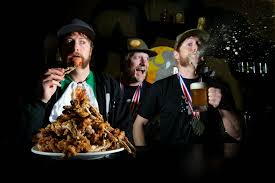 JT: We initially brewed that beer on the 20-gallon system in the back of the Thai restaurant because we just couldn’t get any IPAs in town. The early impressions of the beer in town were, “I think something is wrong with their IPAs, I think the hops are too young” and “The only way they can make a beer 10% is by adding vodka to it.” At that time, there were very few beers like it, so even we started to think the naysayers might be right. When it won gold at GABF in 2012, we were as shocked as everyone else. After that, we ended up making connections with breweries like Oskar Blues, Deschutes, Rogue and Avery to bring their badass IPAs to Jackson. There were times when Thai Me Up had all 10 taps filled with IPAs. What glorious times those were.

JT: The GABF win was surreal, maybe the biggest impression of my life. We won silver in the third category for Ch-Ch-Ch-Cherry Bomb. I was late to the ceremony and missed that one, but our assistant brewer Rusty and GM Corey were there (Corey went on to become the first employee at Faction Brewing). I rushed into the auditorium, and when they announced our gold for Melvin IPA we all got up absolutely stunned. Floating. I remember walking down to the stage and having friends get up to hug me and high five. It made no sense that a three barrel brewery from Wyoming had won! As we were waiting to get on stage, my adrenaline was still so high that I did not comprehend they were announcing the Imperial IPA category. I heard the word 2x4, looked up at the screen, and holy shit, we had won a second gold medal while waiting in line for our first! I clap and cheer for every single medal at GABF, but when I see breweries pull off the double whammy it takes me back to that day and has actually made me cry once (love you Green Cheek).

And what about the 2012 Alpha King competition?

JT: So…we thought we only sent the fresh hop IPA to the Alpha King contest that year. That beer was not very good (we got better at fresh hop beers!), so we didn’t even go to the awards ceremony. I was down the street at another brewery’s event when my phone started lighting up. It turns out Rusty had submitted 2x4 and it won first place! I jumped on the bus and headed to Rock Bottom but the event was over and the bar had cleared out. In hindsight it’s pretty funny that we missed it. 3 Floyds sponsors the cash prize, which we never got, so we were going to see if they’re still cool with sending it our way (does Venmo work for you all?!). 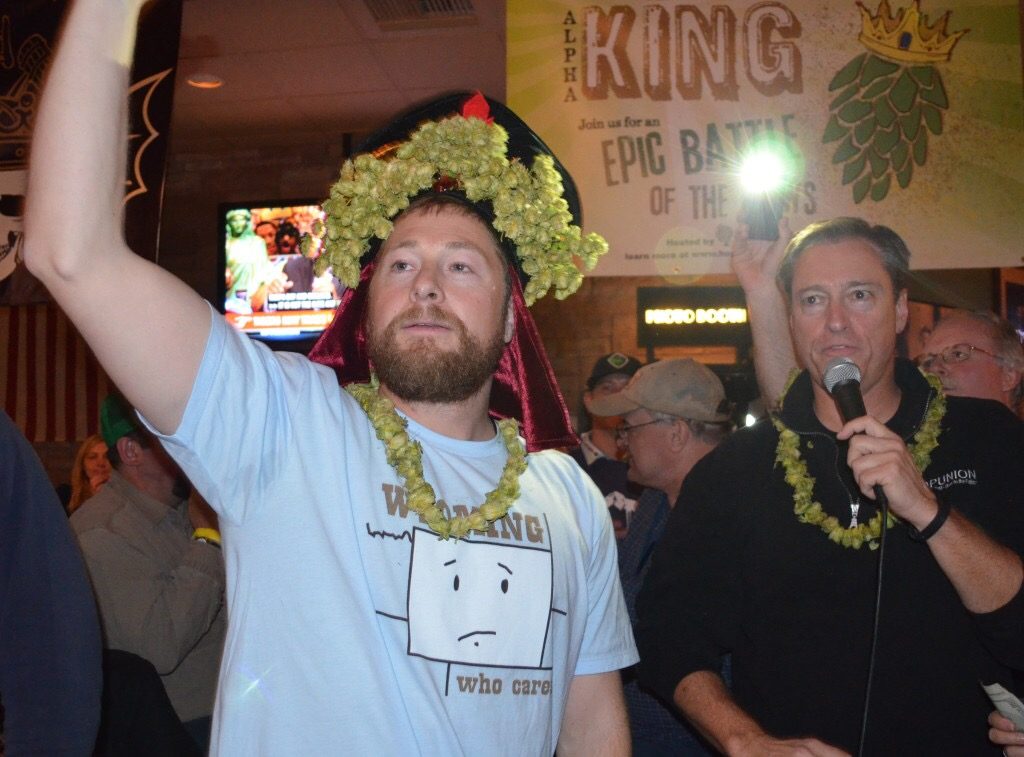 JT: Okay, so this one is kinda funny. I was living in the Melvin bus at that time and couldn’t afford a pass to Craft Beer Conference, so I just had to walk around asking for a ticket to the awards ceremony. I ended up getting one from another Wyoming brewery (thanks Tim!). At that time, I had recently met Daniel, the owner of Lord Hobo. He gave me a ride to the venue and it was crazy: a Suburban came and picked us up after he tapped a few things on his phone screen. Not only did it pick us up; it dropped us off in front of the venue, and when we got out, we didn’t even have to pay the driver. My first Uber!! It blew my mind. On the way to the ceremony I told him I really liked 2x4’s chances, and he told me straight up that it had no chance of winning. When they got to the Imperial IPA category, after bronze and silver were announced I turned around to him, and being the smartass that I am, asked him if he wanted to go on stage with us. A split second later, they announced us the winner, but stated it more like a question, “and the gold goes to…Tuba Four?” If you’re ever at a Melvin event and see someone walking around playing hip-hop bass lines on tuba, now you know why. Regardless of pronunciation, we were incredibly thankful that the judges picked our beer again that year. We put a ton of effort into developing 2x4 and it’s always an honor to be recognized for it. 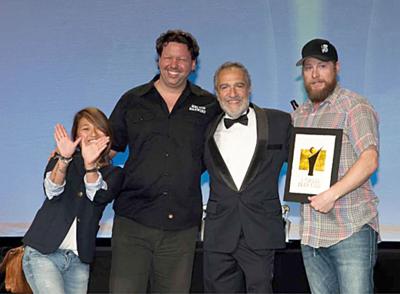 How has 2x4 remained relevant after all these years?

JT: It’s so crisp, dank and drinkable. We still use the same hops (old school CTZ and Centennial are a big part of it) but the way our brewers blend the hop additions, it tastes like smooth magic. I love that beer. One of my favorite things to do at a beer festival is offer someone an IPA, and when they say they don’t like IPAs, I tell them I have just the beer for them. I hand them a 2x4, and when they love it, I tell them it’s a double IPA.

2x4 Day is quite the party, and Melvin is known to throw some good ones. What is the best Melvin party you can remember?

JT: I think it was the warehouse party we did during GABF 2017. We decided to rent an empty warehouse and throw a serious bash for charity. Hacksaw Jim Duggan was there, we had rope swings, DJs, break dancers, aerialists, the world’s smallest beer can pyramid and live art from RumTum.  We had cans of our beer as well as beer from Odell, Firestone Walker and 4 Noses, and our crew was tending bar along with members of their teams while hundreds of people came through the doors. We raised about $10,000 for two charities that are important to us, Chill.org and WaterforPeople.org everyone had a great time, and there was nothing but love in the air. 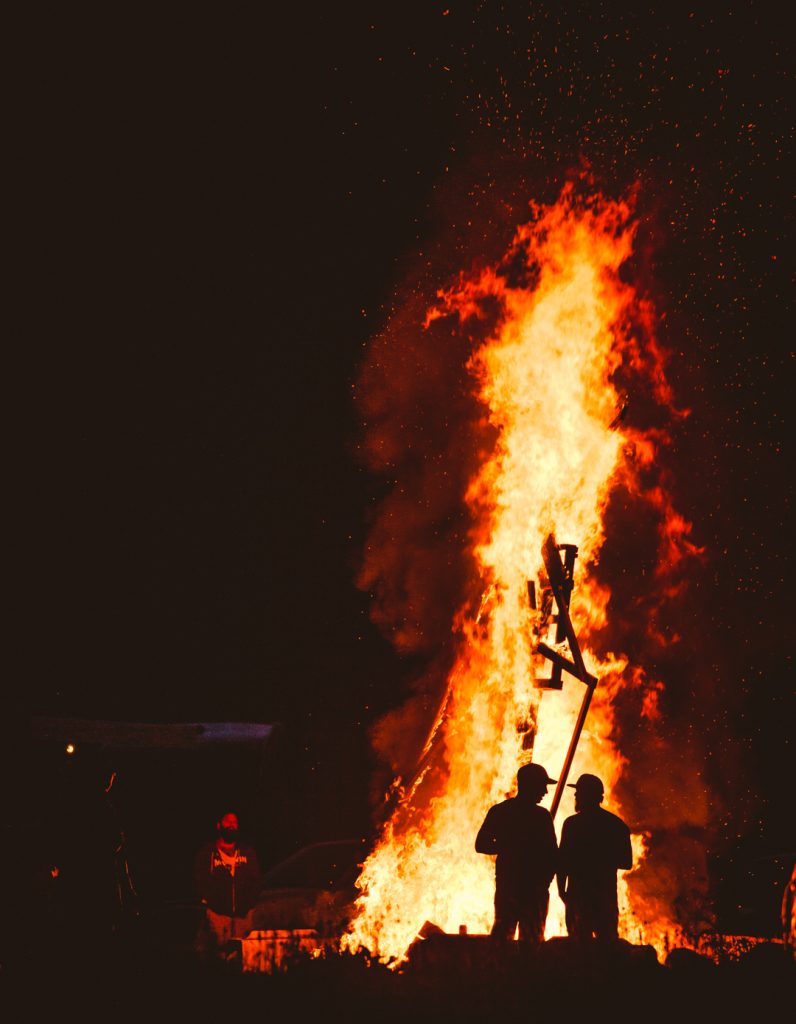 You never know when the next great Melvin party will be though, and it might even be this February at a bar near you. Be on the lookout for classic Kung Fu movies, old school hip-hop, and maybe even a tuba player, Wu Tang bagpipes, or a throwing star competition. We guarantee you will find one of the best double IPAs ever made, and after drinking that, 2x4 Day is what you make of it. Raise a glass and join the Madness!

Visit www.MelvinBrewing.com/2x4 to join the madness and discover participating bars in your neighborhood! 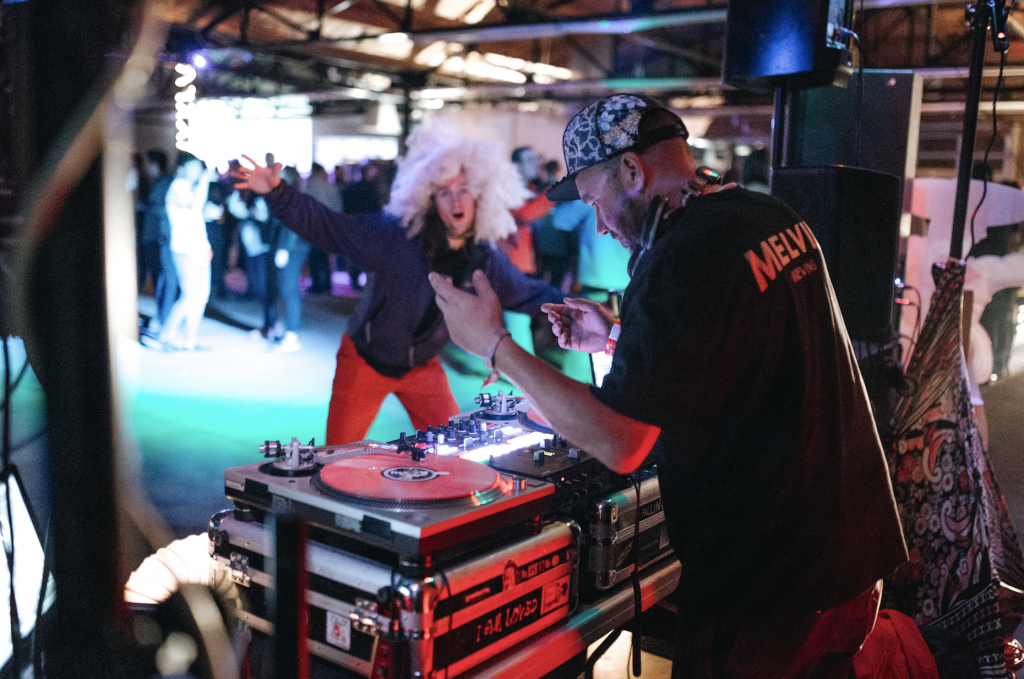